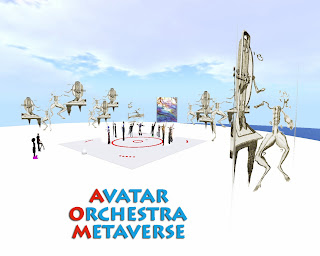 The 3Bears Foundation For the Interactive Arts exists "to encourage the creation of high-quality art and design, specifically those which interact in some way with the avatars within Second Life."

2 John uses fast and slow time scales simultaneously. At the start of the piece we are breathing as slowly as we can and playing sounds -or "scribbling"- as fast as we can. It is dedicated to the late British improviser John Stevens, who wrote a piece "2 Albert" that uses the term "scribbling" for very fast improvising without knowing what sounds you're going to make.

This piece uses only samples generated by circuit-bent instrument and homemade oscillators.
Thus, these sounds cannot be assigned to a definite pitch or scale, they seem aleatoric at first glance.
But upon a closer look at the technology of their electronic generation, one quickly realizes that they are not at all: they are created by unambiguous laws of digital logic, following simple yes/no decisions. 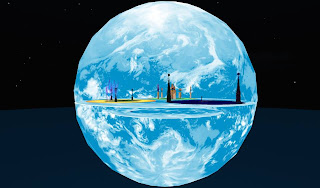 On July 12, 2013, the Avatar Orchestra Metaverse presented a workshop and performance at the First International Deep Listening Art / Science Conference at the Experimental Media and Performing Arts Centre (EMPAC) in Troy, New York.

It was an honour to be part of this astonishing gathering of listeners, thinkers, educators, researchers and artists. This was a particularly exciting event for the six AOM members who were at the conference, many meeting in person for the first time. Bjorn Eriksson traveled to Troy from Sweden; Tina Pearson from Victoria, Canada; Brenda Hutchinson and Viv Corringham from New York, Norman Lowrey from New Jersey and Pauline Oliveros came from her nearby home in Kingston, New York.

Wish You Were Here by Brenda Hutchinson 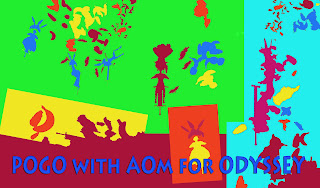 A Benefit for Odyssey

Odyssey Art and Performance Simulator has housed a remarkable array of artists who are pushing the edges of art and identity in the virtual world Second Life.

The Avatar Orchestra Metaverse began at Odyssey in 2007, and is rehearsing there now in preparation for its July 2013 performance at the first annual Deep Listening Art and Science Conference in Troy, New York.

Odyssey is funded by the artists who use it, and is voluntarily managed currently by artist Liz Solo. AOM is excited to host this event to help raise funds for Odyssey's continued existence, to thank Liz and previous managers (Sugar Seville and Fau Ferdinand) and to reflect on our shared time in Second Life together .

We invite you to immerse yourself with AOM
Friday June 14, 12 noon SLT
at Odyssey ...

... where you will be greeted individually, serenaded by the ethereal tones of AOM voices and instruments and invited to join us ...

... lounging, breathing, sounding, and bouncing around with flying fruit, giant chickens and other fantastic creations designed by AOM set builder Frieda Kuterna aka Frieda Korda. In exchange for donations to Odyssey, you will receive a unique AOM instrument conceived by vocalist-sound artist Viv Corringham aka Zonzo Spyker and built by AOM luthier extraordinaire Norman Lowrey aka North Zipper. 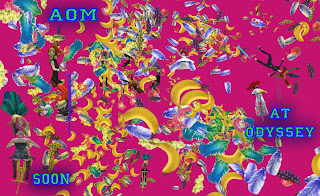