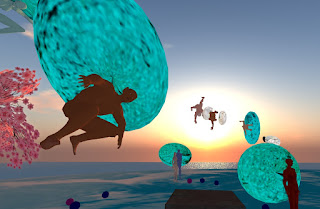 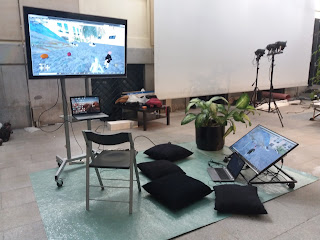 "A day in the life of the Avatar Orchestra Metaverse: Meeting in a networked virtual world as avatars, AOM members design and play new otherworldly virtual instruments while experimenting with identity, perception, telepathy and collectivity. They present the sounds, images and movements from a few of their repertoire works, using custom-designed instruments that determine movement, audio emissions, and the release of particles and textures that give visual indications of sounds made independently by individual players in real time. Combined with their unusual sets and scripted objects, gestures and machines available in Second Life, they create a rich and wildly varying otherworldy experience, perceived in a unique way by each visiting avatar."

Performers for the event: 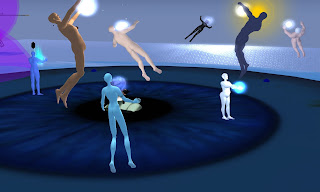 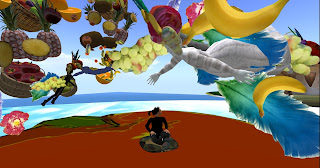